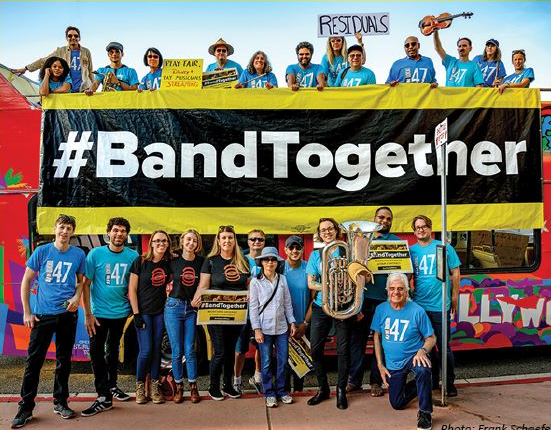 After more than two years of tough negotiations, musicians voted to approve a new contract with the major studios that includes many significant improvements, including for the first time—screen credits for musicians. Musicians will now see their names in the credits on theatrical motion pictures and high-budget subscription video-on-demand (SVOD) programs that are 96 minutes or more in length when produced by the major studios including CBS/Viacom, Disney/ABC, MGM, Paramount, NBCUniversal Sony, and Warner.

Also for the first time, the contract establishes fair wages and conditions for high-budget shows made for streaming platforms. The two-year contract also includes yearly 3% wage increases and increased residuals for shows rented and purchased online.

Although this contract does not include residuals for work on made-for-streaming films and television shows, musicians are continuing their fight for be fairly paid for al their work. Actors, directors, musicians and writers have traditionally received a small portion of revenue from the films and television shows they work on. Major entertainment companies pay residuals to actors, writers, and directors for made-for-streaming projects, but refuses to pay musicians residuals on these same projects.