Delegates to the 101st American Federation of Musicians of the United States and Canada (AFM) Convention have re-elected Ray Hair as International President. 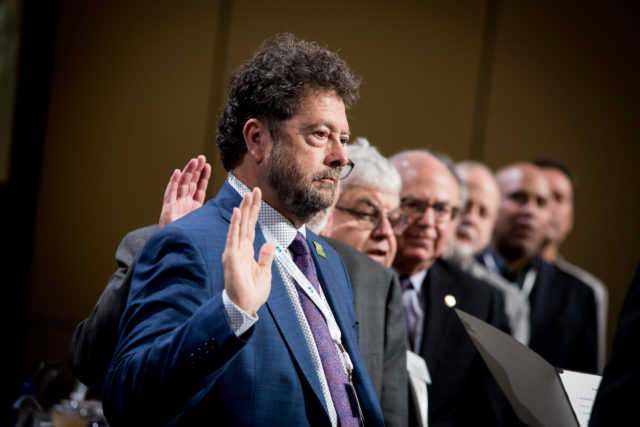 “It’s about sticking together, and protecting each other, because together, we can. That is the meaning of real unionism,” said International President Ray Hair. This convention is about what we can do together, about remembering who we are, what we did, and what we can be.” 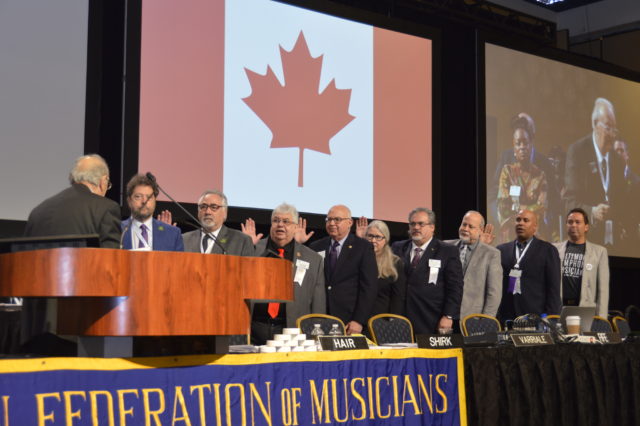 Ray Hair, first elected to lead the union in 2010, is AFM’s 11th International President. As International President, he negotiates industry-wide agreements with the sound recording industry, the film and television industries, and other industry associations that employ musicians. Hair is also co-chair of the American Federation of Musicians and Employers’ Pension Fund and represents the union’s 80,000 members on the AFM & SAG-AFTRA Fund and SoundExchange boards.Before becoming International President, Hair served on AFM’s International Executive Board and was President of the Dallas-Fort Worth Professional Musicians Association, AFM Local 72-147, for 28 years. A drummer who has performed all styles of music for over 45 years, Hair holds degrees from the University of Southern Mississippi and the University of North Texas, where he taught drum set and percussion.