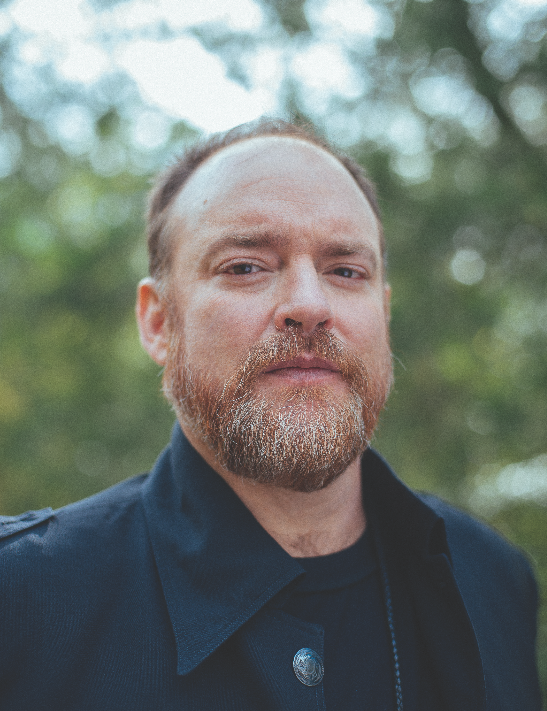 John Carter Cash of Nashville Local 257 spends a lot of time in Cash Cabin Studio, where he’s produced hundreds of recordings for dozens of artists. Steeped in the legacy of his family, Cash Cabin is the same studio where his father recorded hundreds of songs.

In addition to his role as overseer of a music dynasty, John is a Grammy-winning producer, a working musician, and an author. The only child of Johnny Cash and June Carter Cash, and grandson of Maybelle Carter, he has produced albums for both his parents. In 2016, he produced Loretta Lynn’s critically acclaimed album Full Circle.

John still recalls when he first joined the union at the very start of his career. He says he was proud to be one of only two autoharp players on the roster at the time. The other was his mother.

His introduction to record producing and his “school of production” involved watching the pros, like Jack Clement and Rick Rubin. “From them, I learned to dream and not be afraid to take chances. I learned to keep my mouth shut and let the artists do what they do.” Having produced music since the 1990s, John has developed his own idiosyncratic techniques.

“I let the artists have their own voice to create something beautiful and unique. I like to record wide as much as possible,” he explains. “I sit on the floor, in the middle of the musicians, when I’m in my sessions, I don’t sit behind the glass. I learned that from Rubin—to feel like I’m more connected with what’s happening musically and with the energy, the artists, too.”

An accomplished musician in own right, John has released three albums: Bitter Harvest (2003), The Family Secret (2010), and We Must Believe in Magic (2018). Each project was a slow process because of his many creative roles, including actor and film producer.

“I’d still be working on We Must Believe in Magic right now if I didn’t decide to be finished,” he says. John’s many industry connections led to a huge list of guest musicians on the project. “I have the opportunity to work in the studio with master musicians on a regular basis. I’m continuously writing my own music. Sometimes, my music sort of gets set off to the side, but then I’m in the studio with those master musicians and I say, ‘Hey, next week, let’s record some of my songs.’”

“I just follow my heart,” says John. “I’m not out for the next big album; it’s about a movement, a certain period in my life—a matter of love.” About halfway through this project John says he settled on the title. “I always loved the song ‘We Must Believe in Magic.’ Jack Clement, one of my dad’s best friends, introduced me to it. He lived it as a creed: We, as creative individuals, if we believe in magic, we are connected to a greater power in life.”

“I was inspired by that notion, especially when you bring together a group of people. It became sort of a life motto in the studio for me,” says John. The album includes many of Nashville’s most recognizable stars and session players, including Local 257 members Sam Bush, Shawn Camp, John Cowan, Jerry Douglas, Tony Harrell, Rob McCoury, Charlie McCoy, Bob Moore, John Prine, and Dave Roe, plus The Fisk Jubilee Singers.

The Strength of His Words

“My dad wrote all throughout his life. Some 2,500 pieces of paper were in his office, storage rooms, cabinets, shelves. It became my duty to go through these and evaluate what was there. Every word he wrote was poetic, but there were many things I believe he wouldn’t have wanted to share. There were unfinished fragments and beautiful pieces of poetry, and there were other pieces that were evidently song lyrics.”

Forever Words: The Unknown Poems is a collection of his father’s writings unearthed from those papers. Edited by Pulitzer Prize-winning poet Paul Muldoon, the pieces were whittled down from the 200 poems John wrote dating back to the 1940s. When making the selection, John says that he, Muldoon, and co-producer Steve Berkowitz each sat in different rooms and came up with a list of the strongest possibilities. John says, “Those lists were 80% the same,” adding “What was there was beautiful—to us, undeniable. Those needed to be the ones. They just called out to be heard.”

John also produced and released an album that complements the book titled Johnny Cash: The Music, Forever Words. He carefully chose artists to set some of his father’s words to music. “My main criteria was that they were the type of person and artist that my father would have connected with as a person. Some were his old friends and family members. I mean, blood relatives, but also people he worked with on the road who were like family to him,” says John.

Lending his father’s words to another musician was a generous gesture, but John says, “That’s the way he lived his life—he took a chance.” He provided guidance to musicians, helping them choose a song to which they had a heartfelt connection.

For example, Johnny Cash had recorded Chris Cornell’s song “Rusty Cage” in 1996, so John reached out to Cornell to contribute to the project. “He was excited, very careful and thoughtful. He considered it a great honor,” says John, who showed Cornell the lyrics for “You Never Knew My Mind.” “When he looked at the lyrics, he had his guitar in his hand and what came out was note-for-note what we hear on the album.” It ended up being the first Cornell song released following his death in 2017.

“I know my father probably as well as anyone who’s still alive. I just intuitively feel he would love this album,” says John Carter, adding that he’s already recorded a second album that will be available as a box set.

As producer, John chose not to perform a song on either album. “My wife, Ana Cristina Cash, is part of the next group,” he adds. “I co-wrote one of the songs with Jamey Johnson, and I’m probably playing guitar on it somewhere.”

With the responsibility of his inheritance comes the sometimes onerous chore of revisiting the past. Retelling his father’s personal history is something with which John has long reconciled. He says the process of reviewing the writings and creating the book and albums was therapeutic and healing. “I was back in touch with my father in many ways that I hadn’t been for a long time—almost like I heard his voice again,” he says.

In 2012, John discovered an album his father had recorded in the early eighties. Tucked away in the vault at Columbia Records was the never-released Out Among the Stars. For the younger Cash, hearing the familiar rumbling baritone was reassuring. The album, recorded post-addiction, presaged John’s resounding comeback in the 1990s.

“Being part of the legacy of Johnny Cash is an important aspect to my life, but there are so many other things that make up my rounded sanity,” says John. He’s penned several children’s books and a novel, Lupus Rex, a tale of adventure in the style of Watership Down. His most recent book goes back to a different family tradition, their love of cooking. The Cash and Carter Family Cookbook was published in 2018.

John admits, “I absolutely love to eat and my dad and mother made really wonderful food. There was diversity of flavor—Southern, but we traveled the world,” he says. “I began cooking when I was eight or nine years old. I’d go into the kitchen of different restaurants, from London to Prague to Rome, and talk to the chefs and ask questions. At home, I’m the short order cook.”

“I had the desire to share these family recipes with all the other young Cash and Carter children and for future generations to come and, of course, all the world,” he says.

One of John’s favorite food memories from childhood was his father’s chili. “You could always tell when he had been cooking chili, because there was typically corn meal spread all over the counter,” he recounts. “The way he determined the amount of cornmeal that was going into the pot was to grab a handful, close his eyes, and throw it at the pot. One time he got a cup in, the next time it was three tablespoons.”

John recalls vividly the exact moment the supergroup, The Highwaymen, was formed. He was in the room when the idea came up. His father was doing a Christmas special in Montreaux, Switzerland, and he had invited Willie Nelson of Local 433 (Austin, TX), Waylon Jennings, and Kris Kristofferson of Local 257 (Nashville, TN) to be on the show. “They looked around at each other and said, ‘We should form a band.’”

It was a typical experience for John, whose entire life was shaped by pieces of music history. By his own admission, he took much for granted. After all, he toured with his parents from the time he could walk. He sees things differently now, through the more powerful lens of the Cash-Carter heritage. “It’s a journey of understanding and growth. I learn new things about my family all the time. The love that my parents had for each other was inspiring. They had a lot of struggles, but they were very accepting and honorable, and so forgiving.”

John is executive producer for a new documentary about his dad’s life called The Gift: The Journey of Johnny Cash, which debuted in March at South by Southwest. He also plans to release a hard rock album in the fall tentatively called Hay Crow!

As caretaker of his family musical legacies—and the Cash brand—on occasion he’s had to step up to make sure his father’s image is not misappropriated. He and sister Rosanne Cash of Local 802 (New York City) found themselves on the front line when the white supremacist, anti-Semitic Stormfront radio tried to use a Johnny Cash recording as theme music and another white supremacist was photographed wearing a Johnny Cash T-shirt.

“My father wouldn’t allow his name and his likeness for the use of anything that had to do with hate. My dad was a man of love and he was apolitical but supported the Anti-Defamation League; he fought for the unity of all people, no matter the race, creed, or gender. Everyone seems to claim my father and he would have loved them all. He would have called them in for coffee and read them the Bible, if he didn’t agree,” says John.

“He rose above so many things having grown up in the South, going through the ’60s and the Civil Rights Movement, and coming into a greater way of thinking. If it’s something that we, my sisters and I, just know in our hearts he wouldn’t have wanted, we step in,” he says.